Foreign countries can be expensive places. But, with a bit of know-how and some forward planning, you can avoid most travel money rip-offs.

Written by Emma Lunn, a freelance journalist from London. Emma writes regularly for UK publications including The Guardian, The Daily Telegraph, The Mail on Sunday, Moneyweek and Moneywise.

No sooner have you disembarked the plane than you’re paying over the odds for everything from using your mobile phone to exchanging money or insuring a hired car.*

Here are six ways you’re losing money – and how to turn things around.

Buying foreign currency at the airport Wherever you’re travelling to and from, one thing’s for sure: the airport is the worst place to exchange money.

Once you’re in an airport terminal and need to change Australian dollars for Thai Baht or Euros for Vietnamese dong, foreign exchange bureaux know they have little competition and will only offer poor rates.

To avoid getting ripped off at the airport, shop around for the best FX deals. Don’t be swayed by “commission free” or “great rates” claims. What you need to know is how much of a particular currency you’ll get for a set sum of another currency. Using your normal debit or credit card abroad is likely to result in extra charges being added to your account.

For example, if you have a credit card from Commonwealth Bank in Australia, you’ll pay 3% for overseas transactions, meaning a $100 purchase will cost $103.

In the UK, most debit cards charge both a foreign loading fee plus an overseas transaction fee, adding £3 or £4 to every £100 transaction you make overseas.

If you have a bank account in the country you're heading to, you can use Wise to send money there and withdraw locally to avoid getting stung by those exchange fees. Or, if you don't have a bank account, why not send to a local friend's account and use them as an ATM? People with business or personal interests in different countries may need to transfer money from one location to another.

For example, according to Nerd Wallet, US banks’ average fees for international money transfers are around $43. You’re unlikely to get the best exchange rate from your bank either – German Deutsche Bank makes it clear its adds a “markdown” on the exchange rate as well as charging 0.15% of the amount transferred (minimum $10).

One way to circumvent these fees is by using Wise. It’s quick to set up, the transfer is typically complete in a fraction of the time it takes with a bank, and it’s much cheaper.

Not checking your mobile tariff Most networks charge extra if you use your outside your home country, and charges can be high if you don’t plan ahead.

For example, US network AT&T charges $2.05 per MB of data outside of the US, and up to $3 a minute for phone calls. Australian travellers with a prepaid Optus phone will pay up to $2 per minute to make or receive a call overseas and up to $1 per MB of data.

The situation is better for people who live and travel within the European Union. EU "roam like at home" rules mean mobile users from EU countries travelling to countries within the European Economic area (EU member states plus Liechtenstein, Iceland and Norway) don't pay any additional roaming charges.

For those likely to pay roaming charges, a travel bolt-on from your mobile network or a local SIM card can cut your bill. 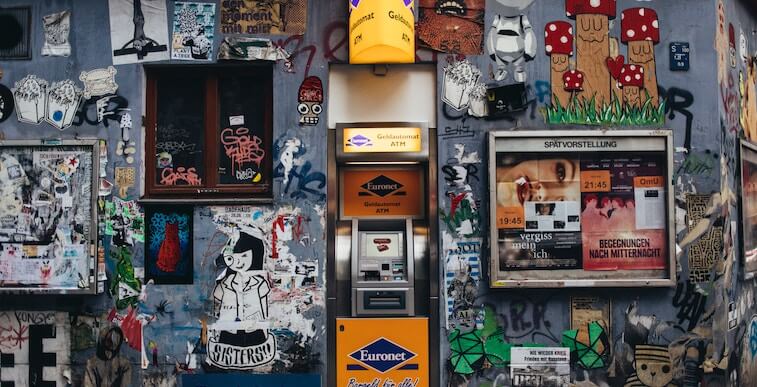 When you make a purchase abroad, the merchant (i.e. the retailer or ATM) might ask whether you want to be charged in the local currency or your home currency.

This practice is known as “dynamic currency conversion” and it’s designed to exploit – not help – you.

Paying in your home currency might sound like a good plan but it allows the merchant to convert the purchase from the local currency on your behalf, and the exchange rate is virtually guaranteed to be terrible compared to that calculated by your card provider.

So, the golden rule is always pay in the local currency. Hiring a car can be a convenient way to get around but extra charges on the basic cost of a car can drive you mad.

Car hire insurance usually comes with a much higher excess (the amount you pay in the event of a claim before insurance kicks in) than on standard car insurance – up to several thousand dollars.

“Excess insurance” reduces the driver’s liability to zero in the event a car is damaged or stolen. This kind of cover is worth having but car hire firms charge a fortune for policies they sell when you collect your car.

You’ll get a better deal if you buy standalone cover before you travel. An annual worldwide policy from UK-based icarhireinsurance.com costs £105 while a single-trip policy from Australian firm Car Hire Excess costs AU$10 a day.