Any time you send money abroad, or travel abroad and need to change some of your home currency into the local currency, you should be paying close attention to the interbank rate between the two.

Why? It’s the key to getting the best deal on a currency exchange.

For example, most banks and currency exchange services will offer you exchange rates with a hidden premium, while services like Wise give you the interbank rate, just as you see it on Google, plus a small fee.

If you’re unsure what the interbank exchange rate is, or how to get it, read to find out everything you need to know.

What is the interbank exchange rate? The definition

The interbank exchange rate has its name because it’s the rate that banks use when they’re trading large amounts of foreign currencies with one another. The interbank rate is also called the mid-market rate, the spot rate, or the real exchange rate.

Unfortunately, this rate is pretty much always reserved for big banks and Wall Street big shots trading currencies in huge quantities, which means the average person making a smaller money transfer is far more likely to be offered a marked-up rate so the service making the exchange can make a profit. 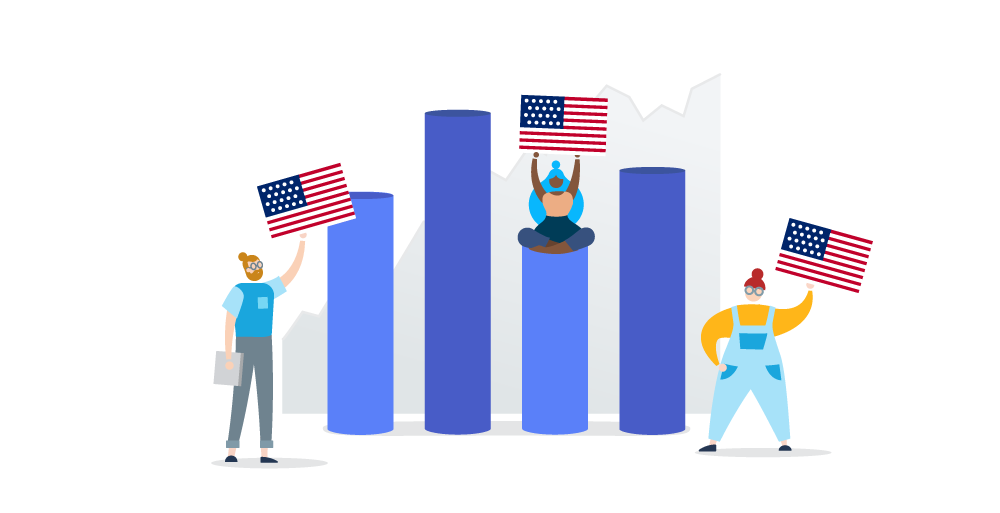 How does the interbank exchange rate work?

The interbank rate exists in the United States because regulators require all banks maintain a minimum amount of cash in their reserves for customer withdrawals.

In order to maintain this liquidity, financial institutions will borrow from each other if they're experiencing a shortfall, or lend to each other in order to earn interest on their excess reserves.

The interest they earn from this short-term lending is based on the interbank rate, which is also known as the federal funds rate, or overnight rate.

Setting a low federal funds rate encourages borrowing and lending between banks, while a high rate has the opposite effect.

While these rates are exclusively available to financial institutions who are borrowing and lending amongst each other, these rates are reflected in consumer products; if you need to exchange one currency for another, the exchange rate will be based on the interbank rate, with an additional premium.

How do you find the interbank rate?

If you Google the current exchange rate of a currency pair, the interbank rate is what you’ll see. You can also check services like Reuters or XE to see what the interbank rate is at any given time, keeping in mind that it can fluctuate by the minute depending on various factors – but more on that below. 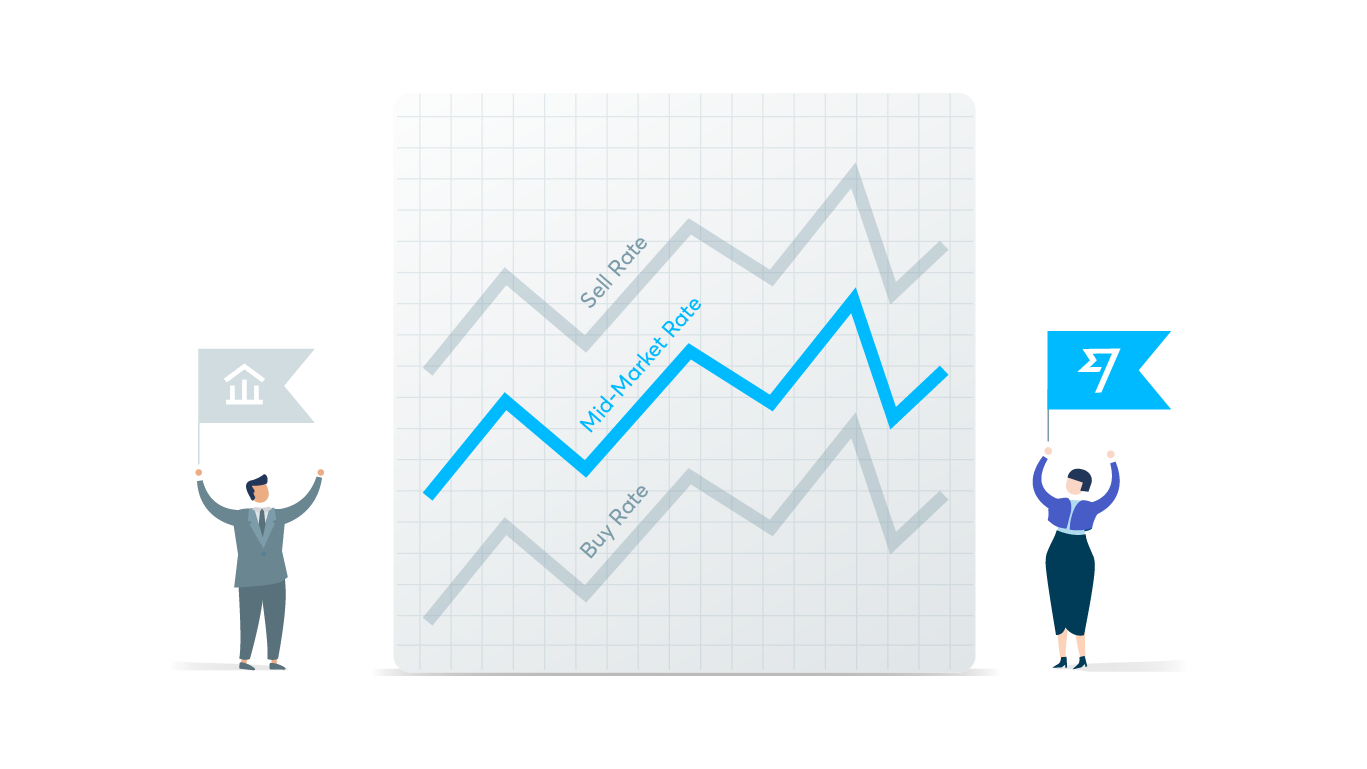 How is the interbank foreign exchange rate calculated?

The interbank exchange rate is found by taking the midpoint between the buy and sell rates for a currency on the open market.

There are also generally different rates depending on whether you’re buying or selling a currency. These prices, called the bid-ask spread, are set by brokers, who generally set the selling price a small fraction of a unit higher than the buying price, meaning they can make more money off currency conversions.

However, when you’re sending money abroad, the interbank rate is the closest to a true exchange rate at any given time. Any deviation is often an inflated retail rate, usually with a profit built in for the bank or exchange service providing you with the exchange.

The interbank exchange rate can fluctuate at any time, based on a number of factors, including:

Armed with the basics, you can calculate an exchange rate yourself when you see a rate pair. But what helps the most to find if you’re getting a good deal is to compare the rate you’re offered to the real, interbank rate. You can do that with a quick Google search or by using an online currency converter.

Is the interbank exchange rate the best?

In short, yes. If you’re letting a bank, credit card, or exchange service do your currency exchanges, you’re likely not getting the interbank rate, which means you may be paying a hefty markup on every transaction.

On average, banks can mark up an exchange rate by 4-6%. Those costs add up fast, and can have a major effect on your wallet if you make international transactions regularly.

You want to get a rate as close as possible to the interbank rate to avoid losing too much money in fees, but it’s tough to get the interbank rate from retail establishments, which is why services like Wise are a popular alternative.

Wise allows users to transfer money internationally at the exact interbank exchange rate. All it costs is a small, fair transfer fee that’s spelled out before the transfer is made, which means no hidden costs or markups. It’s fast, safe, and you save up 6x on your currency exchanges compared to well-known banks.

Since beginning as a money transfer platform, Wise now offers borderless multi-currency accounts with debit cards and world-class business accounts to its 3 million global customers (and counting). Try it today to see how Wise works and can help you save while you manage your money without borders.

What is ACH: meaning and how it works

You may have heard of ACH payment, but what is ACH? Find out what ACH stands for, what it can be used for, and the pros and cons of ACH transfer.

Everything you need to know about the MT103 SWIFT document.

What are peer-to-peer (P2P) payments?

Your full guide to P2P payments.

Sweden BankID: what it is and how it works

Everything you need to know about getting a Sweden BankID.

Everything you need to know about the batch payments tool

The Wise batch payment tool is the faster, cheaper way for you to make multiple international money transfers. The batch payments tool lets you create and...

Before we discuss the ABA number, let’s first talk about ABA and where it comes from. ABA stands for American Bankers’ Association, a trade association...