Have you ever thought about moving to a new country? There are lots of reasons to consider a move abroad: work, school, moving with family or following love. Some people even move countries just for an adventure or to try something new. Regardless of the reason for your move, though, calling a new country home is a huge decision. It’s important to choose a country that you’ll be happy living in, which can be difficult since every country has its own sets of pros and cons.

Japan is home to some of the world’s largest cities, as well as quiet, serene countryside. Some of the world’s favorite pop culture comes out of Japan, where there’s a vibrant art scene and many young people. The country is famous for its food, and many of the amenities there will be familiar to people from Western cultures. Japan is a bustling, growing economic hub, as well as a popular place for expats. But what are the pros and cons of living there? Read on to find out more.

Pros of living in Japan

Japan didn’t become a popular country for expats for no reason. There are many things that draw new people to the country, and they all deserve consideration if you’re considering a move to Japan. There are a lot of pros to living in Japan, such as:

The education system is great Japan is well known for providing a world class education to all students, whether they attend free public school or a private international school. Students are held to high standards of excellence as they complete their education, and US News and World Report recently ranked Japan’s school system among the best in the world¹. There are great opportunities for learning multiple languages in Japanese schools, and the universities in Japan are highly esteemed.

The shopping is world class Japan’s convenience stores are world famous for being, well, convenient. You can buy almost anything there, and they’re always clean, safe and well staffed. Many visitors from other countries wouldn’t even recognize a Japanese convenience store compared to their own. Japan’s cities are also home to major shopping centers where you can find just about anything you’re looking for.

The food is varied and delicious Japanese food is so much more than just sushi (though there’s plenty of that). The cuisine in Japan is replicated all over the world, and for good reason -- Japanese food is delicious and extremely healthy. The island nation has an abundance of fresh seafood, as well as world class delicacies like its famed Kobe beef.

Health insurance is easy to get 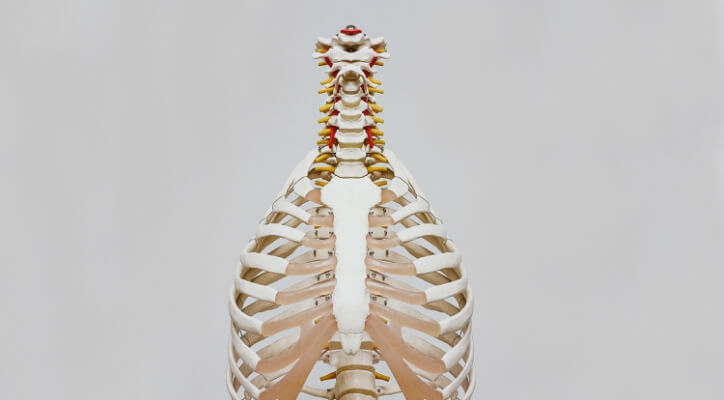 Japan has universal public healthcare, meaning everyone who lives there is automatically covered. The system is paid for through monthly premiums, and people pay 30% of their medical costs out of pocket. While that may seem like a lot, many procedures and treatments are subsidized to keep costs low, and there’s a monthly cap for the 30% figure that ensures no one ever pays too much out of pocket for medical procedures. The state has invested in keeping healthcare affordable, and rarely do healthcare costs cause hardship for people living in Japan.

Jobs are easy to get, even for expats There’s a constant demand for people to teach English to Japanese students, so if you’re a westerner who’s fluent in English, you can very easily get a job as a teacher in Japan. The pay is steady for teachers, and in many cases, they’re provided with living quarters to make the transition into living in a new culture a little bit easier. If you enjoy working with kids, this could be an easy way to make Japan your new home.

There are many options for work visas Japan offers a lot of different kinds of work visas, including a temporary visa that you can get if you’re doing research signing papers, or other work that isn’t remunerated. While the process of applying for a visa without a corporate sponsor can be complex and time consuming, Japan is generally pretty open to allowing foreign talent to work within its borders.

Public transport is some of the best in the world Buses, trains and subways in Japan are clean, fast, reliable and convenient. They make it a breeze to get around, even between cities. There’s no need to own a car, because public transportation is such an ingrained part of life in Japan. Japan may be an Asian country, but there are plenty of Western conveniences to be found: Western toilets, free water, supermarkets and more.

Cons of living in Japan

While there are many, many great things about Japan, it also has its downsides. Many of them make life particularly difficult for expats from Western cultures, so you may want to pay close consideration to the cons, such as: Japan has a culture of working extremely hard. People are just expected to show up to work early and stay late, regardless of what job they hold. If you’re sick, you’re expected to use vacation time rather than sick leave, but using vacation time is also frowned upon and could negatively impact your ability to get a job in the future. Japan has an extremely hard working culture, and a lot of the time, that means it’s hard to even get a break.

If you want to live anywhere near a city center in Japan, you can expect to shell out big bucks for rent. The cost of living in Japan has long been one of the highest in the world, and although the country has become more affordable in recent years, it’s still not a cheap place to call home.

And that high rent is for a tiny flat Living spaces in Japan are much smaller than in many other parts of the world. They may also not be as cushy as some expats, especially from Western cultures, are used to.

Renting can be difficult for foreigners Apartments in Japan are typically rented through brokers, but many brokers don’t speak English, so even if you find the perfect apartment, you may not be able to rent it without hiring a translator. Many landlords are reluctant to rent to foreigners, and others may be willing, but require a reikin, or a gift of one to two month’s rent upfront, if the apartment is in a popular neighborhood with high demand.

There’s some prejudice toward non-Japanese While the Japanese are known for being very polite, some visitors from Western culture may note that that politeness seems forced or compulsory. Others may witness outright hostility toward people who aren’t Japanese. In less populous cities, some bars and restaurants will go so far as to deny service to foreigners. While xenophobia that extreme is getting less common in Japan, it does still exist in some places, and you may experience it while you’re there. To open a bank account in Japan, you have to be a resident and have proof of your residence, as well as your passport and Japanese visa. You also need to obtain a hand-carved hanko seal, which is a stamp used in place of a signature on official documents. Because of complicated visa requirements, it’s not possible to open a Japanese bank account from abroad. That means that when you first arrive in Japan, you’ll have to jump through some hoops to get all of your documentation in order before you can open a bank account. Japan pretty regularly experiences earthquakes within its borders, and those can trigger tsunamis that can be devastating to the island nation. There’s nothing you can do to control them, so natural disasters are just part of life in Japan.

Smoking is allowed in public spaces If you’re not a fan of secondhand smoke, Japan may not be for you. Smoking is allowed in most bars and coffee shops, and smoking is an ingrained part of Japanese culture, so many people partake. Whether you’re just a frequent visitor to Japan or you’re ready to actually make the move and put down roots in the island nation, one thing is going to need to be addressed early on in your travels or move: your money. You’ll need to be able to access your money from Japan, and that could mean transferring money over international borders.

If you choose to use a bank or traditional transfer service to move your money across international lines, you’re likely to end up paying for a 4-5% markup on the exchange rate -- basically a hidden fee used by banks to make a profit off your money transfers. This can really add up, especially if you’re making frequent transfers. There has to be a better way, right? Wise allows you to transfer money internationally at the real mid-market rate, or the exchange rate you see when you Google it. There are no markups or hidden fees; just a small, fair transfer fee that’s spelled out upfront.

As you can see, there are many pros and just as many cons to calling Japan home. Nowhere in the world is perfect, and everywhere is going to have pros and cons for expats. If you’re still considering Japan as a future new home, research will help you find out if it’s truly the right country for you. This list should be a good start toward knowing whether you want to live in Japan. Regardless of what country you end up in, good luck with your move and safe travels!